Photographs of WR75-62 "Ampli75" amplifier ( PZT Warsaw 1964) made and gave to us Mr Piotr Kowalski This email address is being protected from spambots. You need JavaScript enabled to view it..
The happy owner of an amplifier is Maciej Myga. 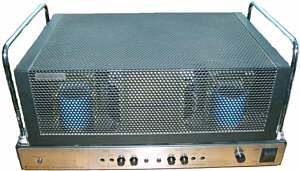 Grzegorz "gsmok" Makarewicz,  This email address is being protected from spambots. You need JavaScript enabled to view it.

I would like to present some photos of a very interesting STA25 Renaissance tube amplifier manufactured by Woodside Electronics. It's basically a modernized version of the amplifier produced by Radford. The main difference relates to the regulation of quiescent current of output tubes. The amplifier is characterized by interesting and controversial design line. Like previous Radford products, it raises big emotions - from admiration to total criticism. 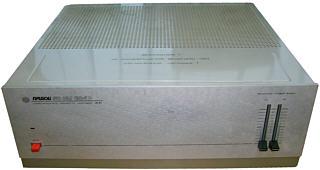 Tube amplifier Priboj (original russian name - Прибой or Breaker in english) is one of the few secondary market tube audio amplifiers manufactured by our neighbors across the eastern border. Like most of devices from that region it has a hopeless design line and poor craftsmanship. The counterweight to these defects is a thoughtful schematic diagram and outstanding sonic performance. In short it is a princess dressed in a beggar's rags. 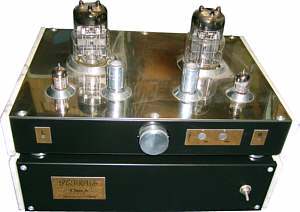 Tube amplifier "Petrus" is produced by a small manufacture in Ukraine. It is not known to me the number of copies produced - certainly is small - it does not prevent the fact, that at least a few copies of this amplifier operates in the environment of our domestic audiophiles.  The amplifier is based on 6S33S tubes (called "devils") operating in class A, and delivering an output power of about 15W per channel.

Photographs and description by Zoltan.
(Andrzej Żółtowski, This email address is being protected from spambots. You need JavaScript enabled to view it.).

With the forming of the complete audio system, broadband loudspeaker, MV3 amplifier was the object of sighs and dreams of most chamber music groups, both amateur and professional, from those years because of an exceptionally dynamic and wonderfully "full" sound.

Tube amplifier produced by POLKAT Wroclaw. The design quite controversial when it comes to opinions of holders. Unfortunately, you have to say "let the veil of silence falls on the quality of its assembling". I think, that pictures presented below speak for themselves. I do not mean, of course the damages associated with the normal operation and storage of the amplifier, but the details of construction and the way they are performed by a "qualified" person with blacksmith skills. I think, the best summary of the amplifier can be opinion of Romek (Romekd) presented on TRIODA community:

"Implementation of this amplifier is a complete crap. Photos that have been posted in the Gallery does not provide the full splendor of the primitivism and mediocrity of it's mechanical structure. You simply have to see it with your own eyes, being careful not to hurt yourself during dismantling this technical "miracle". If today, a high school student of electronics want to give any kind of work and it would be done in mechanical terms like this amp, it would not be highly rated. I think that the spiral electric heater is a true masterpiece of grace and elegance when compared to this amp. In addition, electrical design prevents any upgrades and improvements, and the amplifier is characterized by a significant level of hum and noise.

But there is something surprising and magical in this design! First, that after 33 years since the production of this amp it still works, and the measurement of electrolytic capacitors shows their full capacity and overall efficiency (at least in the copy I own). The second is the fact that the properties of the sound of this amp especially when it comes to music reproduction in the low and mid tones (treble tones do not sound quite as good) are pretty decent, not to say that they are very good!

According to several people who listen to this amp, it sounds much better than the modern, recently manufactured home cinema receiver Sony "STR-DB930," which seems almost unbelievable.
It seems even more surprising, given the fact that the design principles of this amplifier are not correct, for example:

Going back to the look of this amp, I think that its appearance had an impact that the amplifiers in those days were not as popular as radio or television sets, which in some cases were a great interior decoration.
However, this amp, despite its primitiveness, inclined me to return to my interests in old devices and tube amps."

So, welcome to the photo gallery. Let's start with a few photographs covering the entire amplifier.

Front view (Fig. 1). The front panel and a wooden enclosure with ventilation holes in the form of narrow slots. 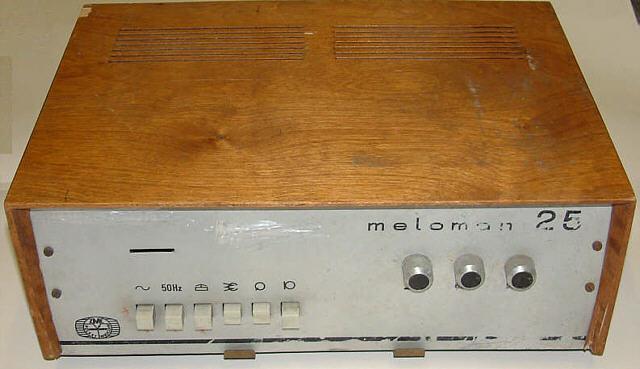 Take off the cover (this requires special "rubber", screwdrivers, help of two friends and a bit of sedatives), and here the amplifier interior presents in all its glory (Fig. 2). I must admit that it looks really impressive. Ordered structure. Input preamplifier section protected with the metal grille. Different copies of "MELOMAN" varied in construction details. I would like to quote here Romek's opinion again: 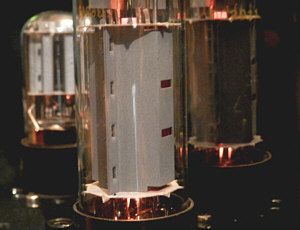 Tube amplifier named "Auris" was produced by Audio-Akustyka. According to the specification, it can work as a pentode or triode amplifier, in Push-pull or Single-ended mode, with or without a negative feedback, and in the mysterious "turbo" mode. The manufacturer does not allow peering into the housing due to the use of many "non-standard proprietary solutions". Time to break the seals and keep one's ear to the ground.

Grzegorz "gsmok" Makarewicz, This email address is being protected from spambots. You need JavaScript enabled to view it.  (opracowanie z 13.07.2004r.)

After the PS-1 control unit, I became the proud owner of 100Bis tube amplifier. This amplifier and PS-1 control unit constitute  an electroacoustic set. More specifically, the set includes two such amplifiers and one control unit. Amplifier, which is presented below is of excellent condition. The only apparent damage (except for scratches resulting mainly from improper storage) is a small loss of the plastic shield, which acts as an amplifier decorative front panel. 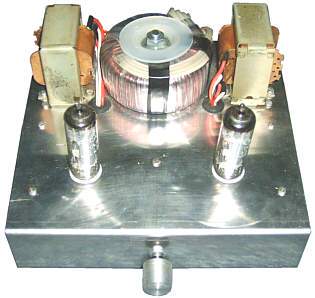 PCL86 electron tube belongs to a group called "TV tubes" - tubes used in TV sets produced in the last tube TV's. In general, the models produced in the late 70's and early 80's of last century were already mixed transistor-tube devices. A classic example of this TV was the "Libra" produced in the Warsaw Television Plant (WZT). With this design sentimental memories bind me, because I belonged to a group called. "assemblers" who, as the name suggests, were involved in assembling these TV's from parts obtained from "Bomis" (younger Internet users have a little search online to find out what it was). 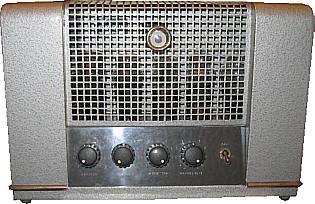 Written by "Dziadek" This email address is being protected from spambots. You need JavaScript enabled to view it.

It is now fully functional copy, unfortunately without the original parts. As you can see, power amplifier uses:

As the result of long-term "residence" in the wet room, all the paper capacitors were "dead", and so the most of the resistors.