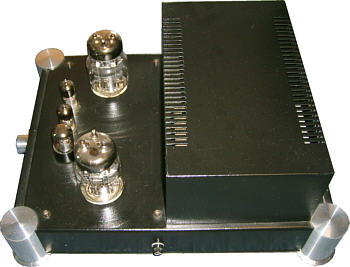 The amplifier belongs to the group of devices produced in such a small number of copies that it's creator is hardly called a manufacturer. The amplifier does not have any notes or signs and to find information about the person who built it is almost impossible. It turns out that it is the product of (a term a bit exaggerated) manufacturer named ARG. The ARG "company" it is probably one person, Mr. Eugene Kremiński from Lviv. I have not found any corporate website or the official list of ARG products. The only source of information are online "notes" of a few users, or friends of the amplifier's builder. I decided to put the amplifier in the gallery because of its quite unique schematic configuration. It is a circlotron

The amplifier consists of two identical monoblocks. A general view of one of them is presented in Fig. 1 and Fig. 2. 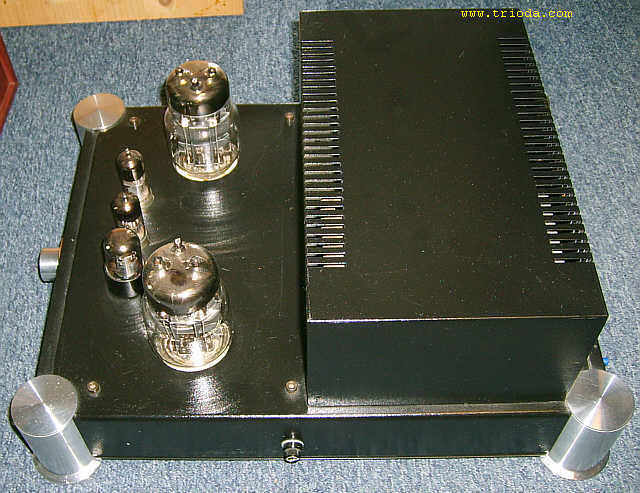 The design is impressive. External dimensions and output tubes (the famous russian military "devils" 6S33S) suggest at first glance that we are dealing with a typical push-pull system and the lifting of such a "monster" is not easy. Imagine my surprise when I tried it. Prepared myself to the potential huge weight I picked it up with plenty of my power and as a resuult I nearly threw it into space. It turned out to be surprisingly light (as the criteria of tube amplifier are concerned). 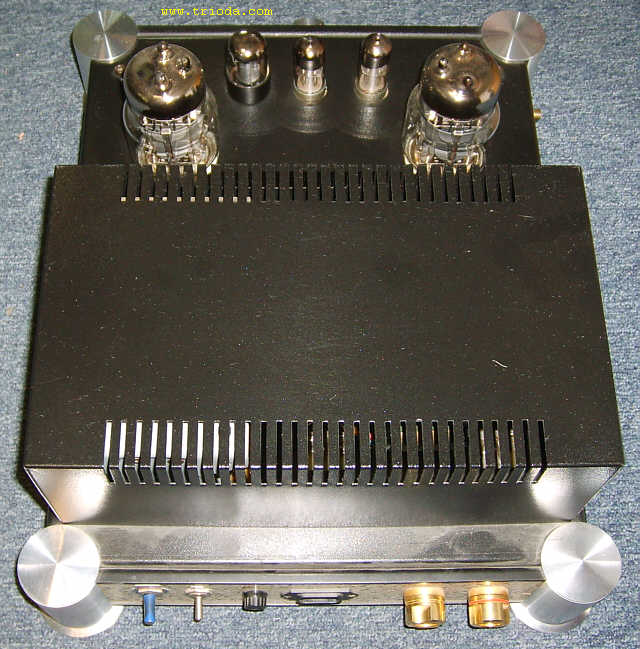 Rear panel includes switches and solid speaker terminals, which can power more than one welder

. Unfortunately the designer does not show off a sense of aesthetics. Veneer used here, probably had to remind a precious stone, but ended up on the unintended copy of kitchen linoleum of the 70-ies of the last century. 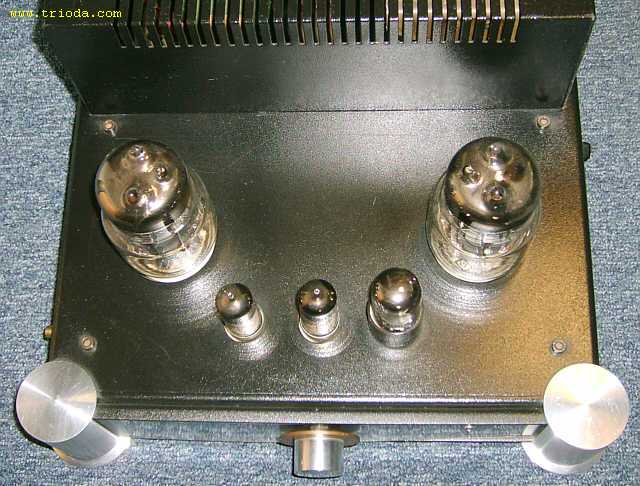 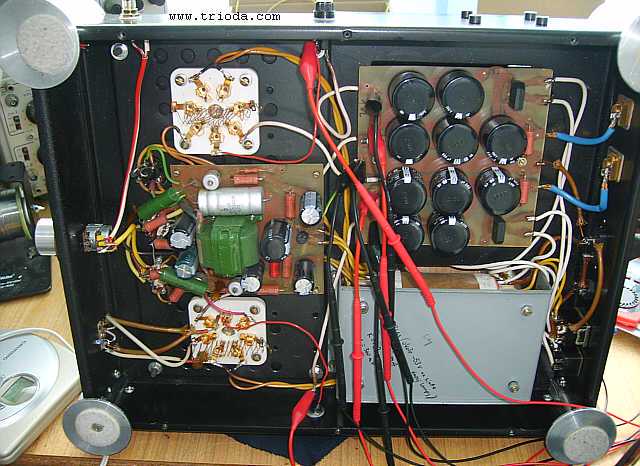 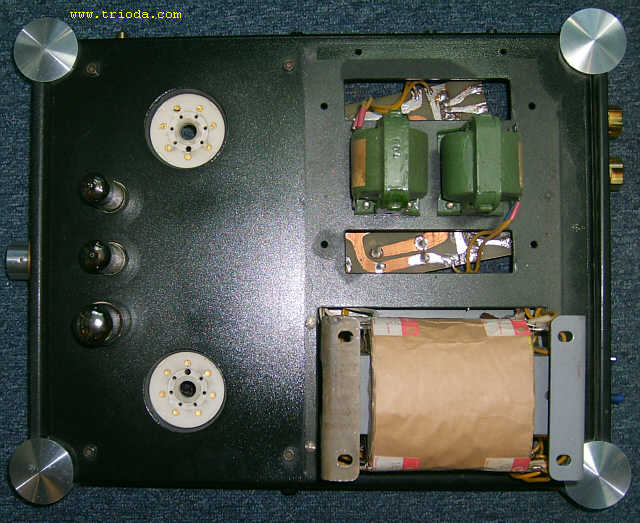 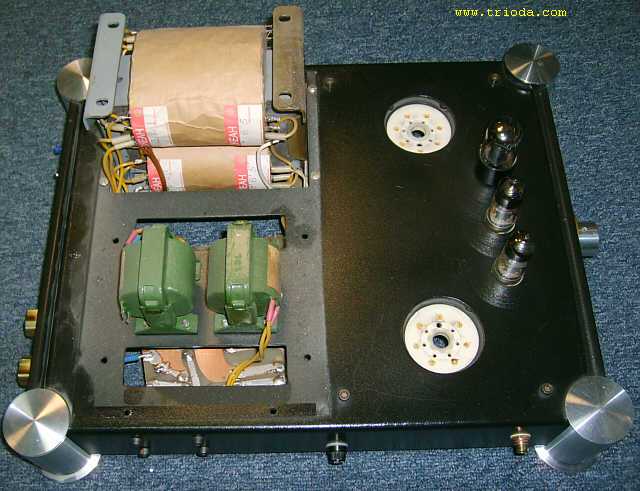 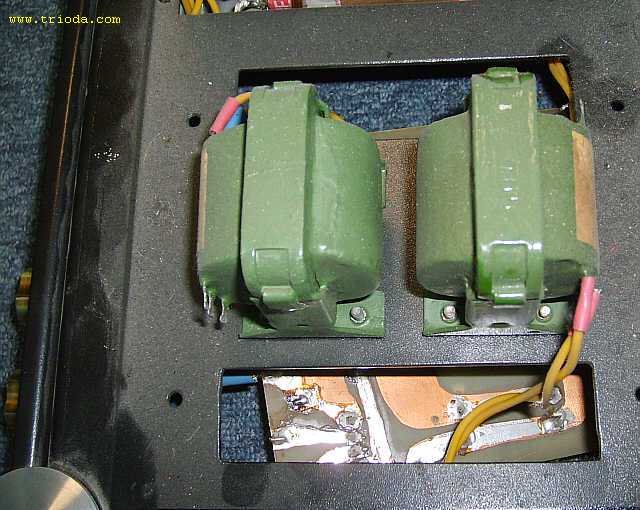 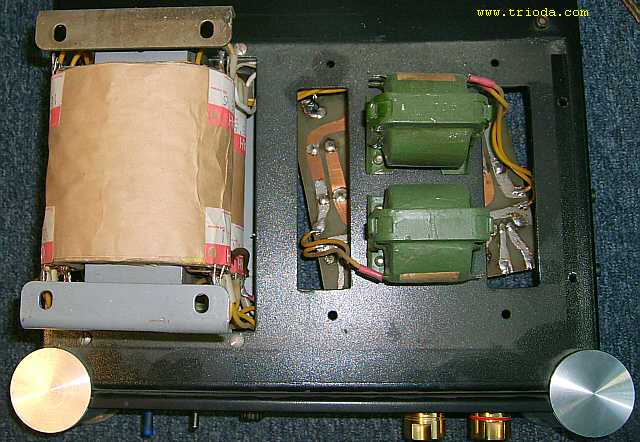 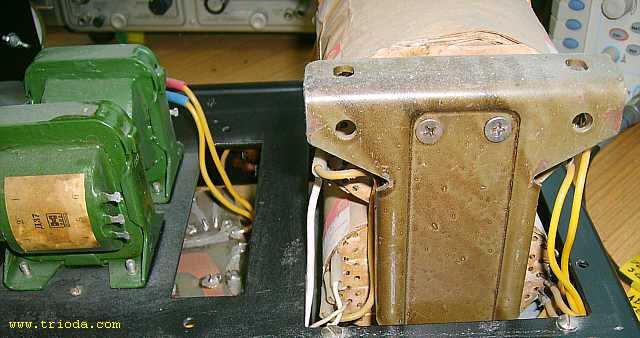 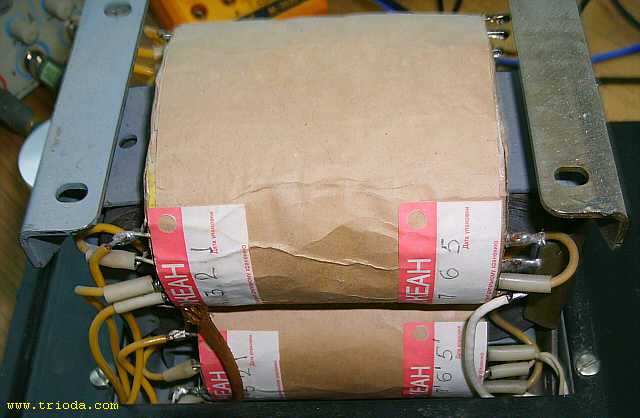 The time has come to look more closely at the amplifier configuration. It turns out that this is not a typical push-pull system, but the system often called circlotrone or bridge amplifier. The principle of operation is shown in the diagram below.

The configuration is so interesting that I decided to draw the schematic diagram of the amplifier. Here it is (enlarged version can be displayed by clicking on the surface of the circuit diagram).

Please note that the schematic has been reproduced from nature and is not authorized by the amplifier's designer.

According to the tradition of articles published in the Trioda's Gallery it's time for the "nude" session showing details inside. 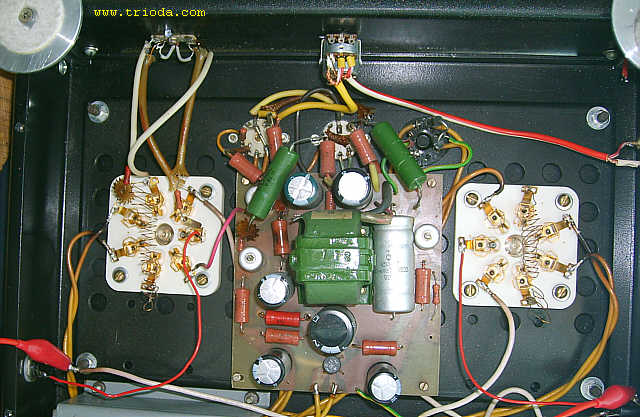 This PCB with an impressive set of capacitors (power supply of output tubes). 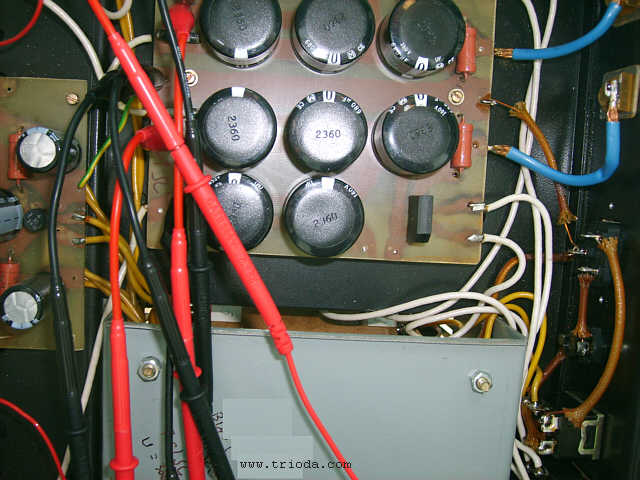 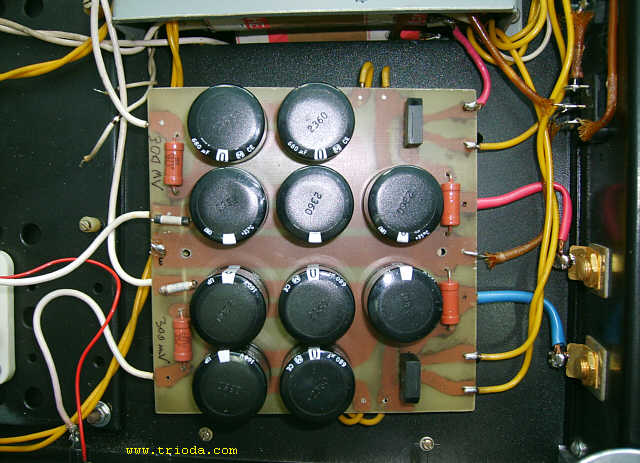 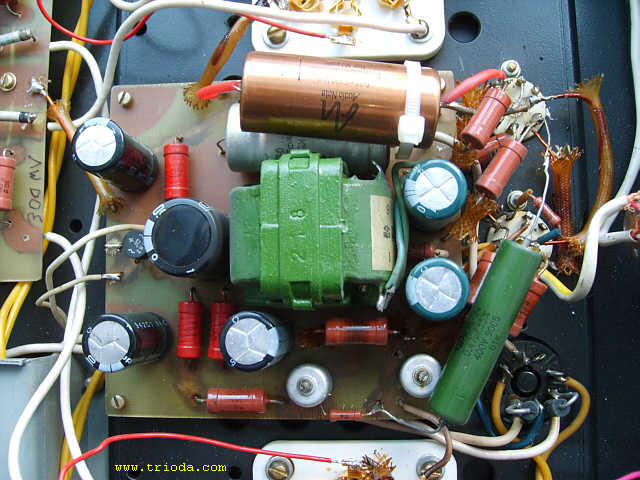 The PCB contains the following components: 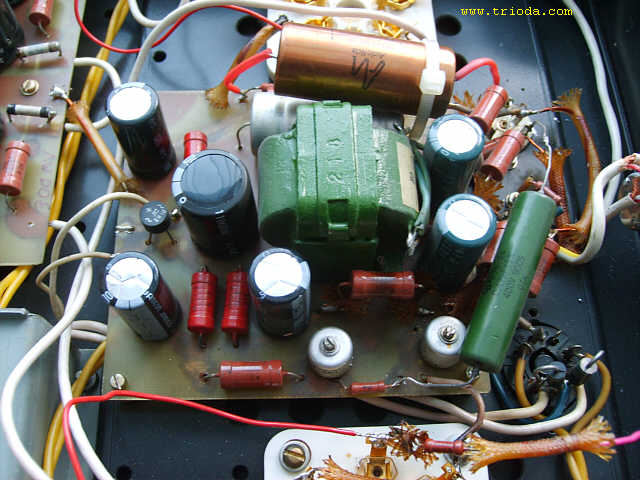 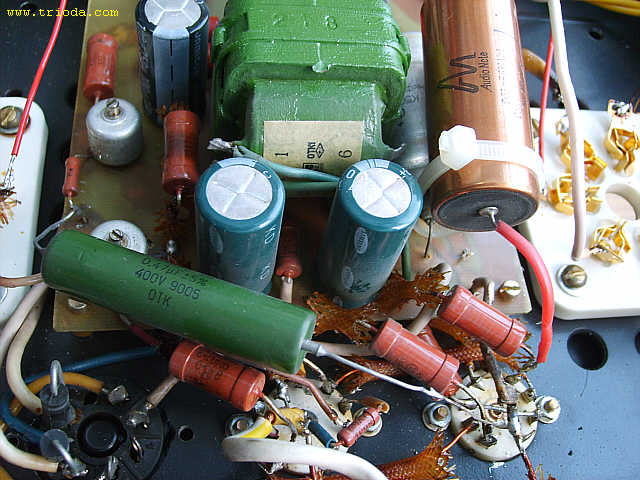 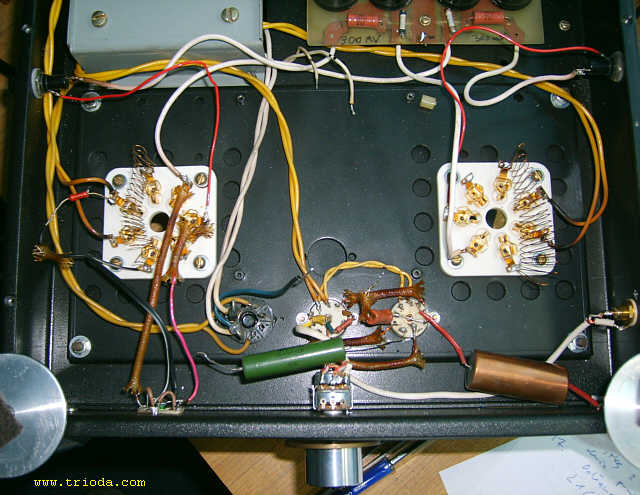 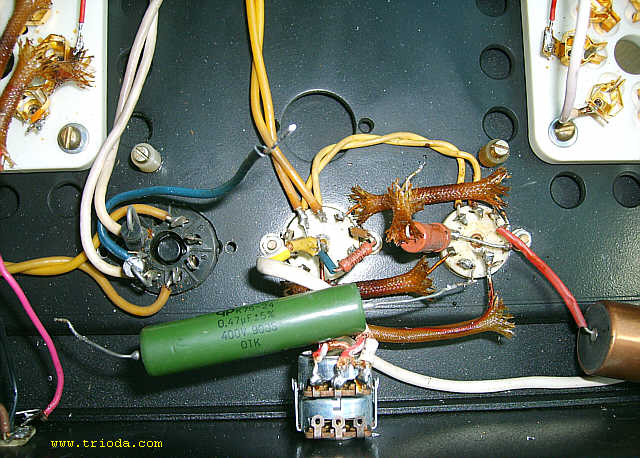 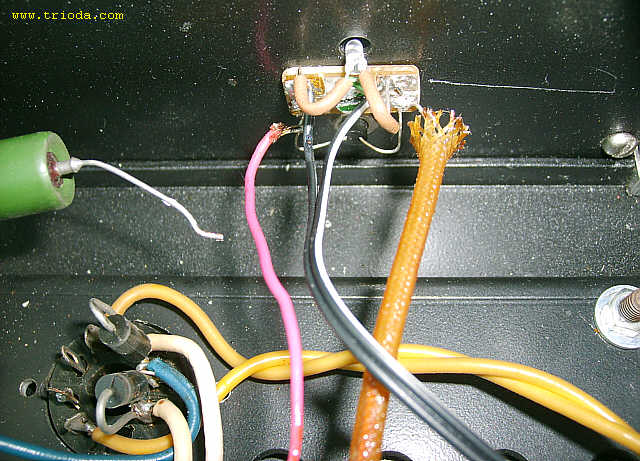 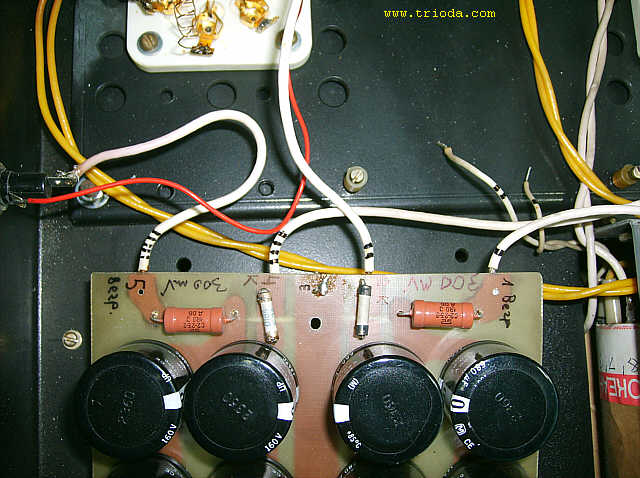 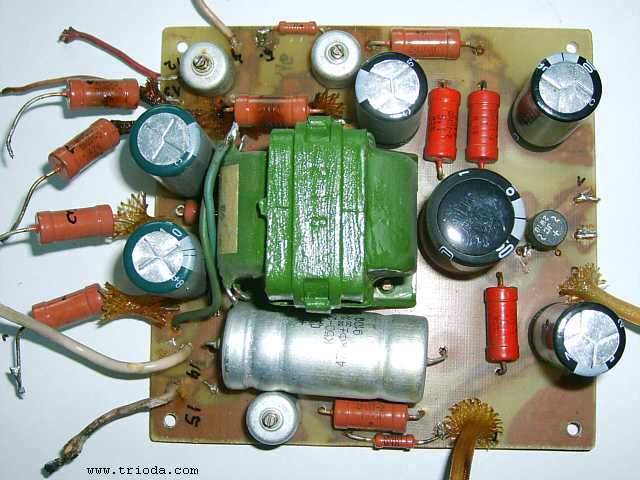 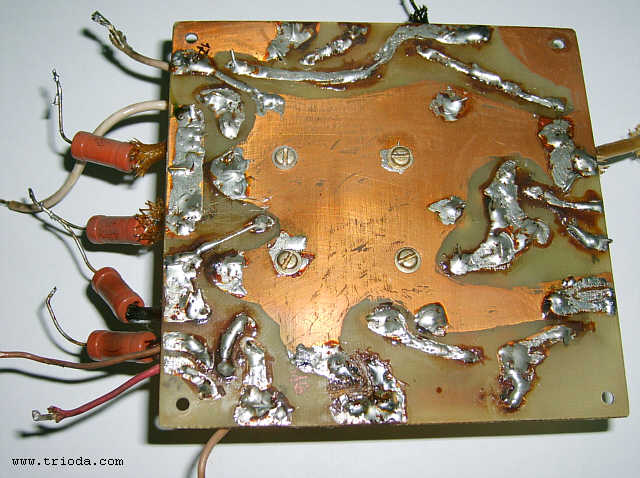 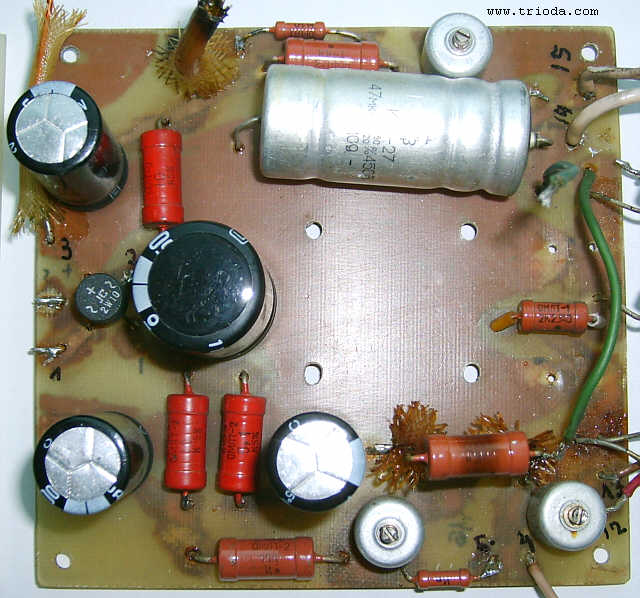 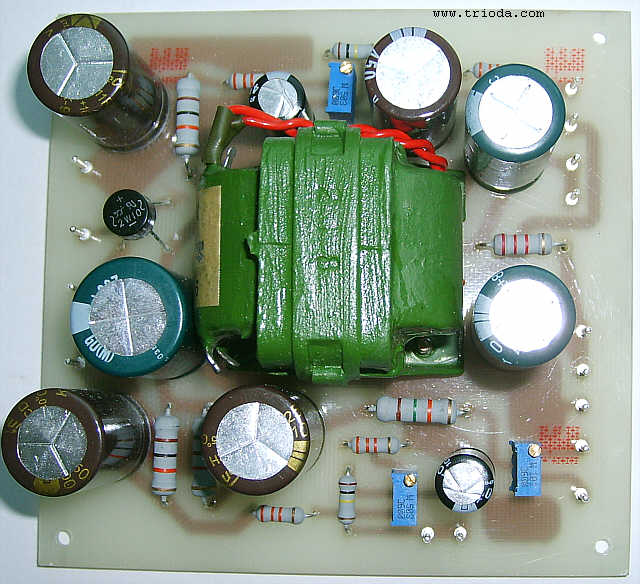 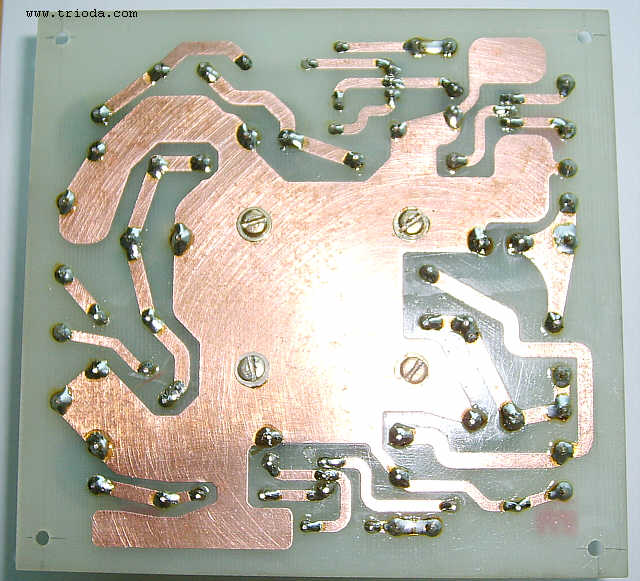 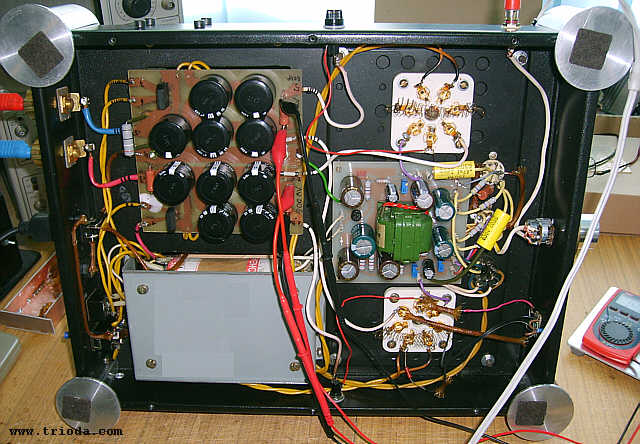 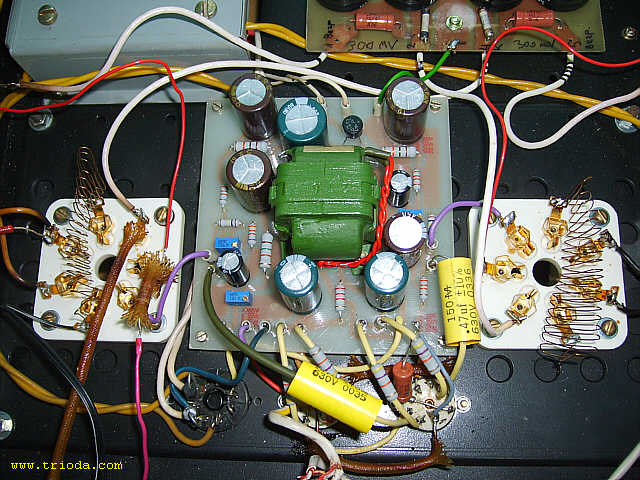 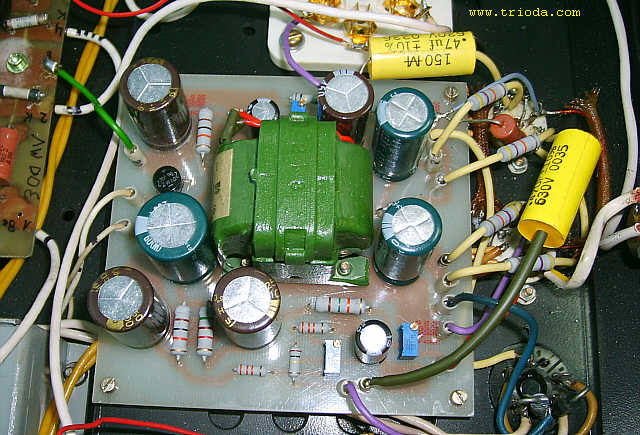 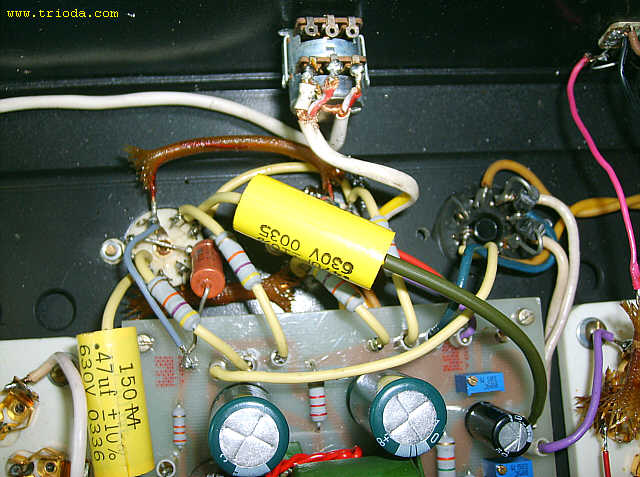