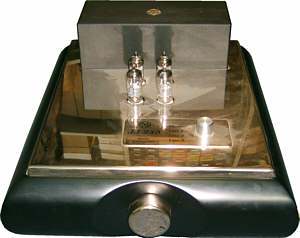 This stereo tube preamplifier was produced by JJ Electronic. It is characterized by interesting colors reminiscent me Lotus cars competing in Formula 1 - a mixture of black and gold

. I am a fan of Lotus team, so it's no surprise that I like this color combination. The only problem is the inability to take a picture in a way that surrounding objects are not reflected in the golden housing. It is presumed that one of the purposes underlying the company was to promote electron tubes produced by them (the preamplifier has as many as 8 tubes). This has been only partially successfull. Preamplifier certainly served the brand, but rather as an independent audio device, than the device equipped with tubes with JJ logo. In some copies, which I inspected I found tubes from other manufacturers. 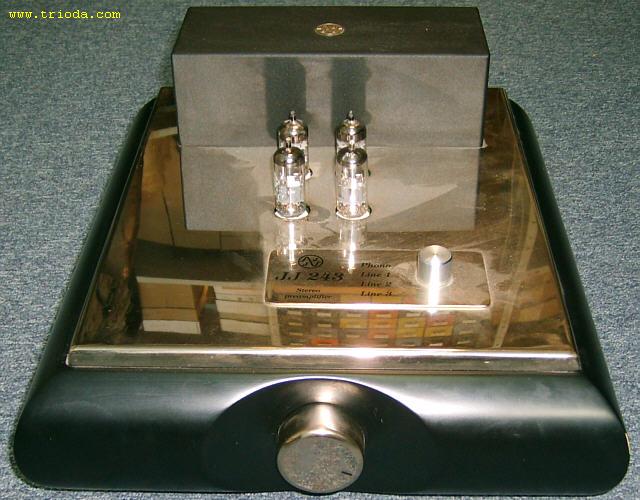 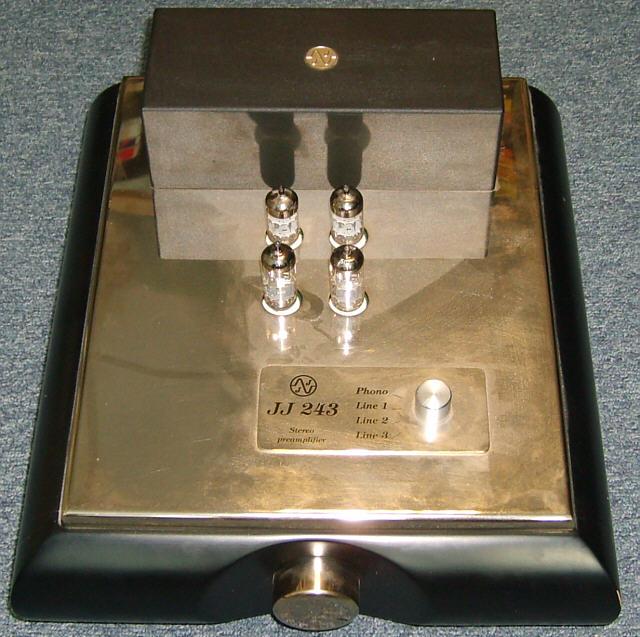 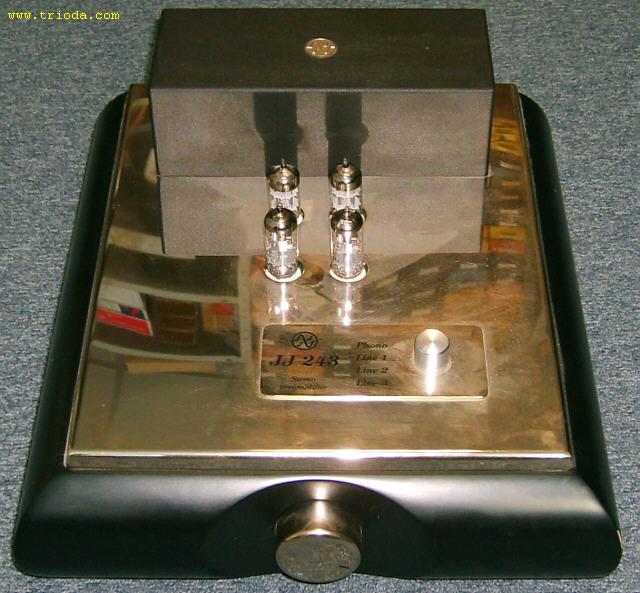 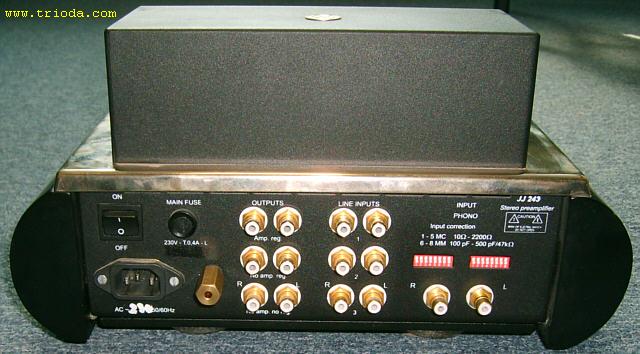 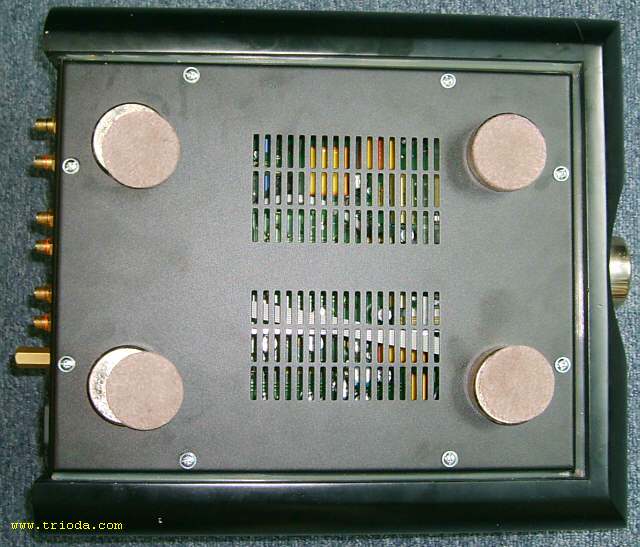 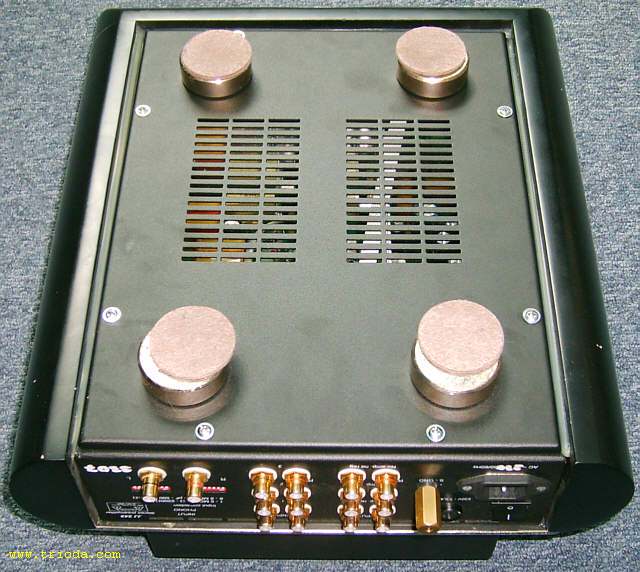 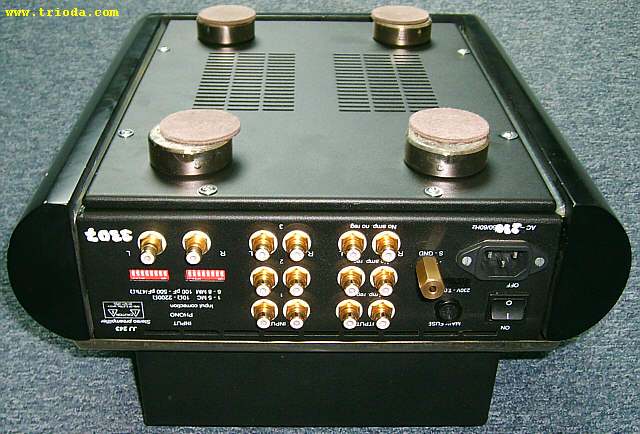 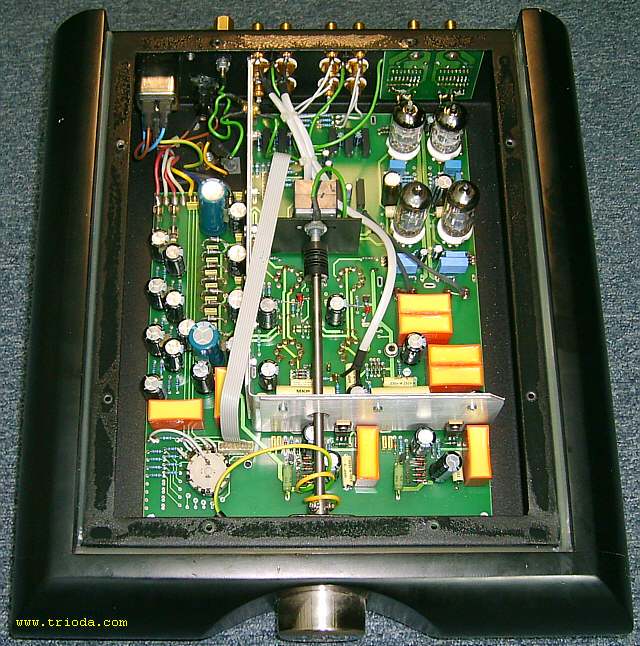 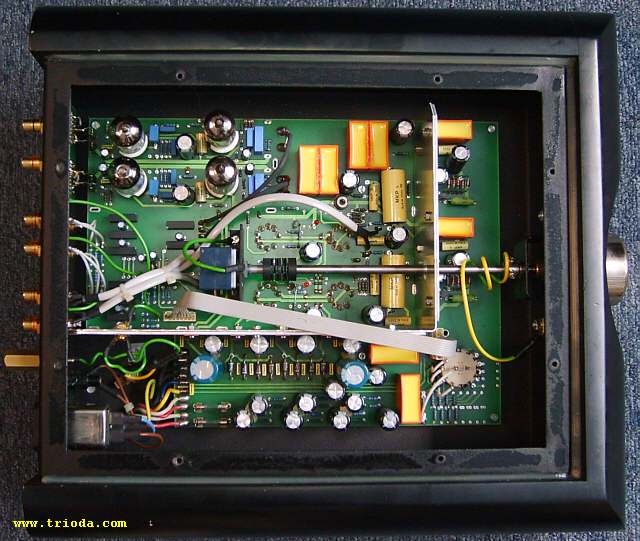 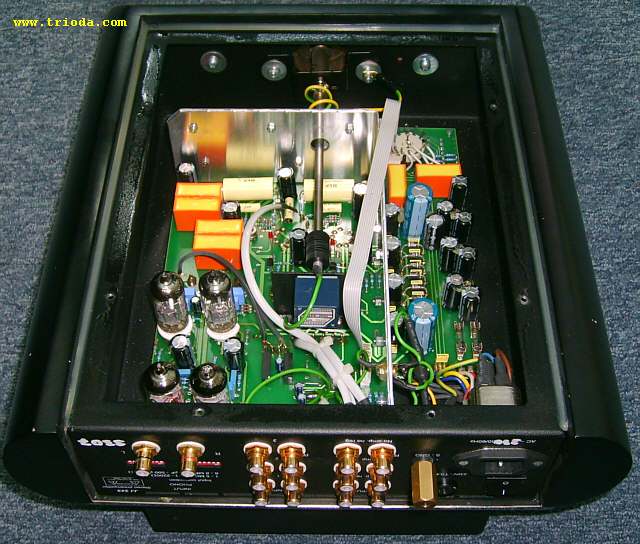 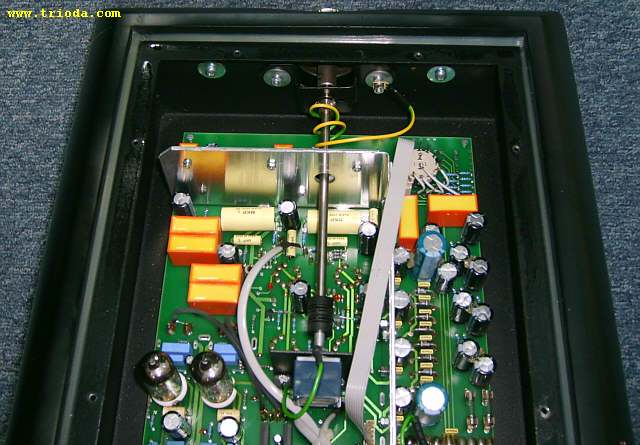 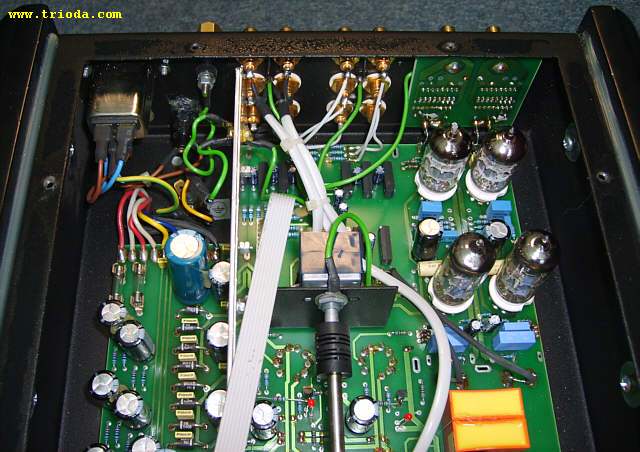 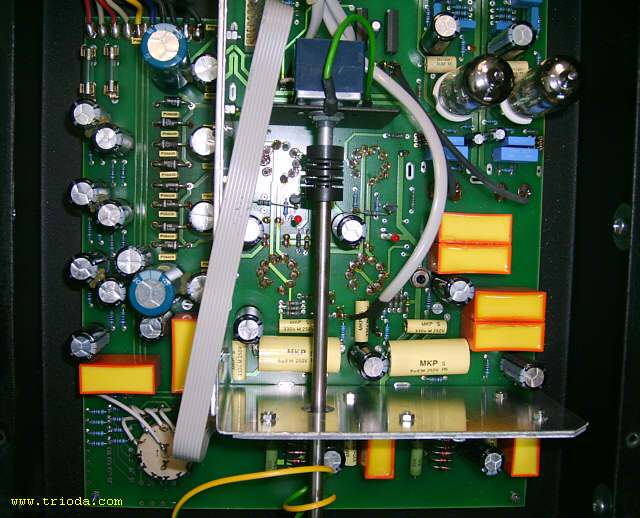 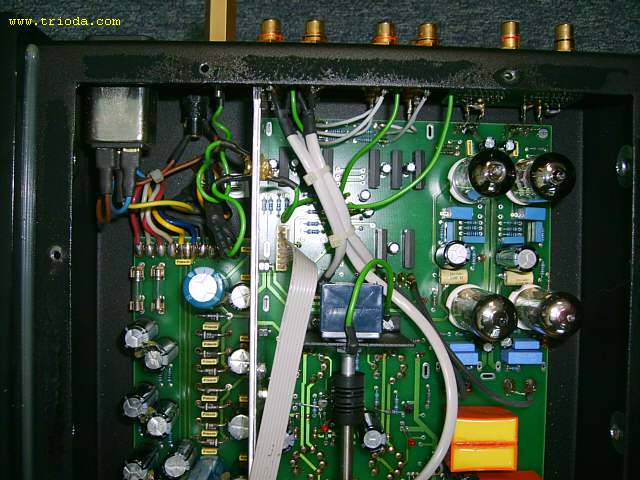 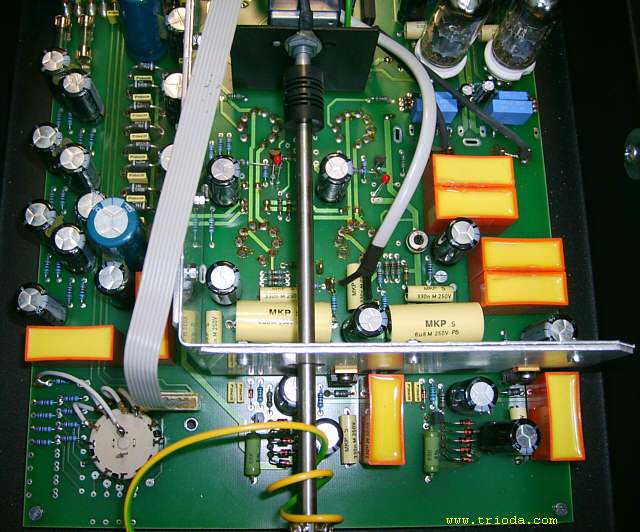 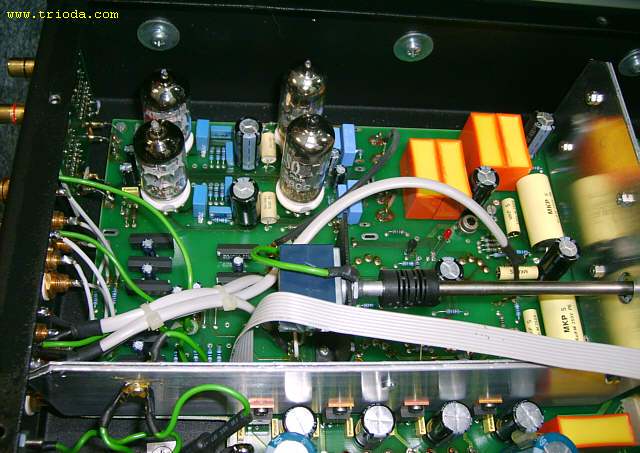 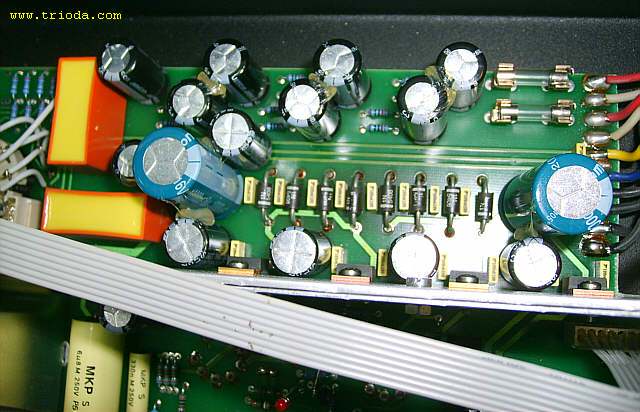 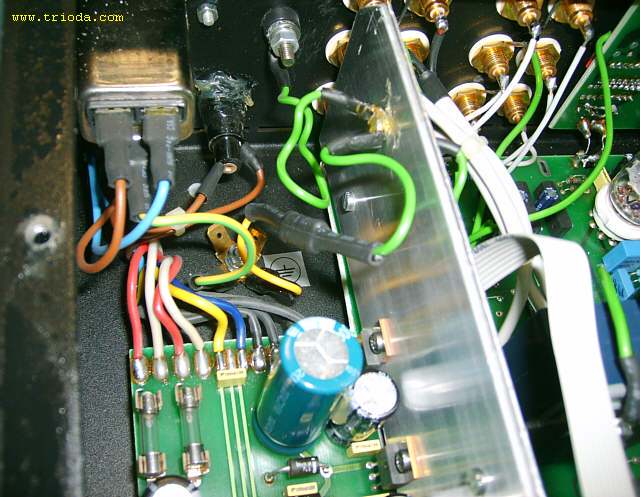 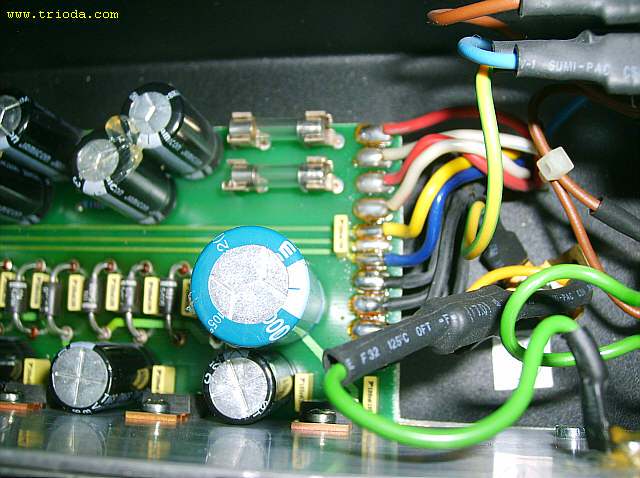 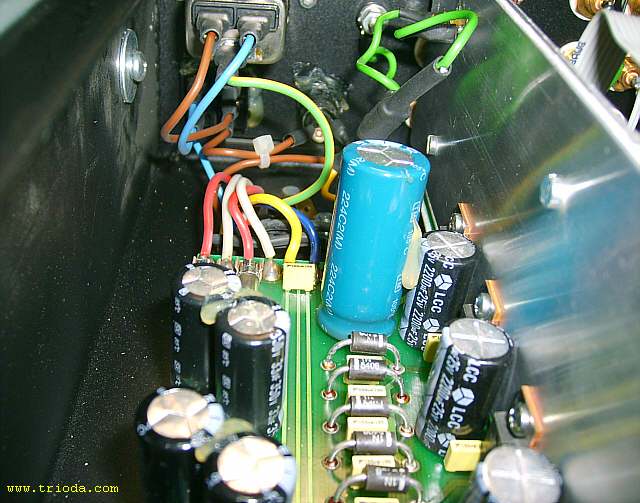 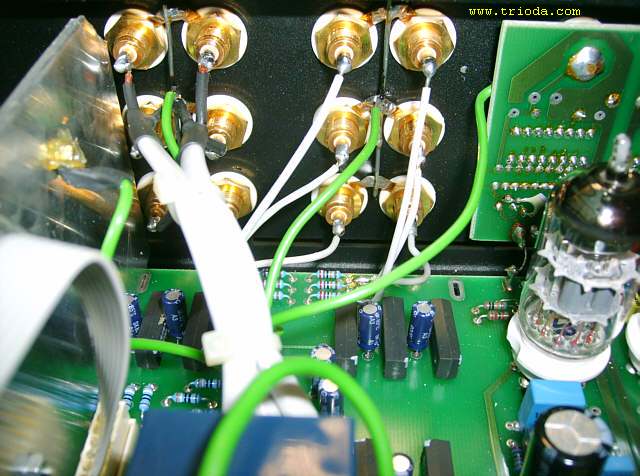 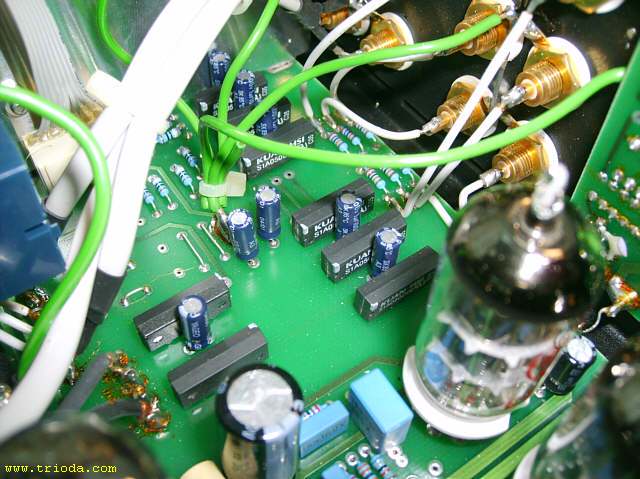 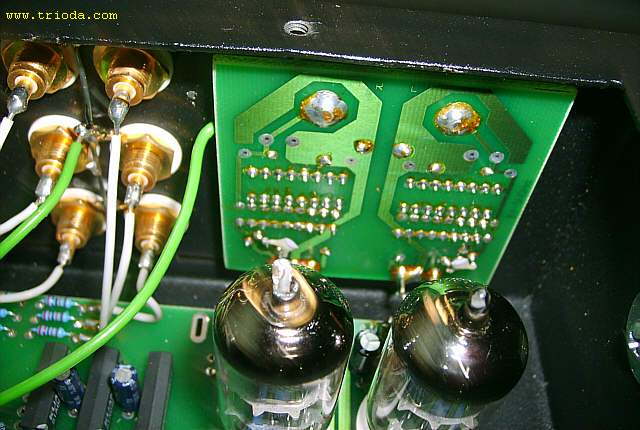 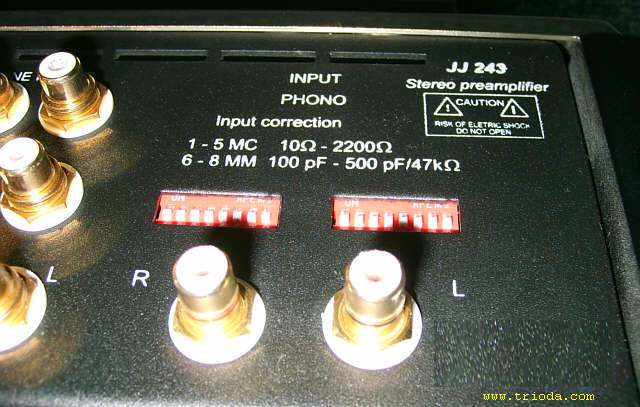 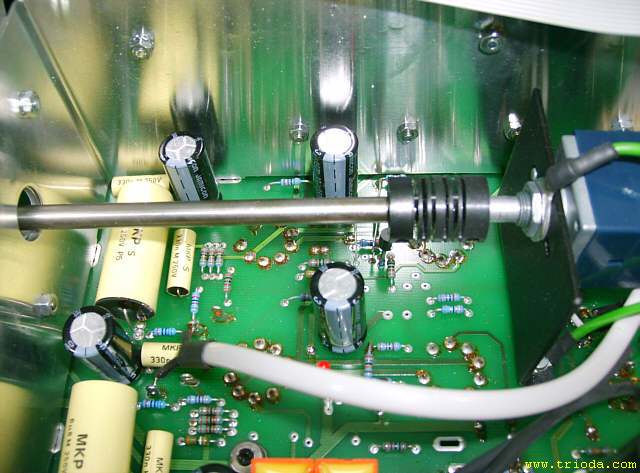 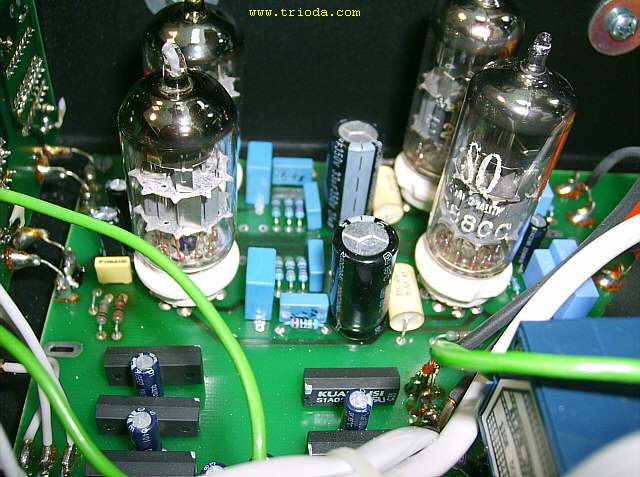 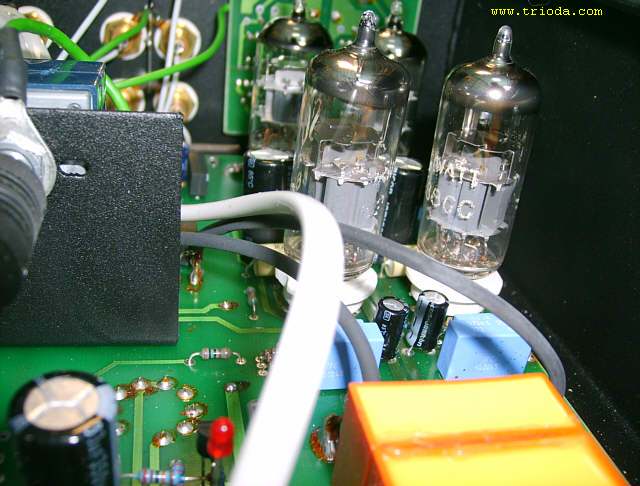